What is the ECB?

The ECB (European Central Bank) is the central bank in charge of the single currency: the euro. Its main task consists in maintaining price stability within the euro area and consequently in preserving the purchasing power of the euro. The euro area consists of 19 countries of the European Union that have introduced the euro in their countries since 1999. The ECB was founded in 1998 and its main headquarters are situated in Frankfurt-am-Main, in Germany.

The President of the ECB is currently Christine Lagarde. The main decision-making body of the ECB is the Governing Council, which is composed of the six membres of the Executive Board of the ECB (including the ECB's President and Vice-President) and the Governors of the national central banks of all euro area countries.

The headquarters of the ECB in Frankfurt-am-Main (Germany) 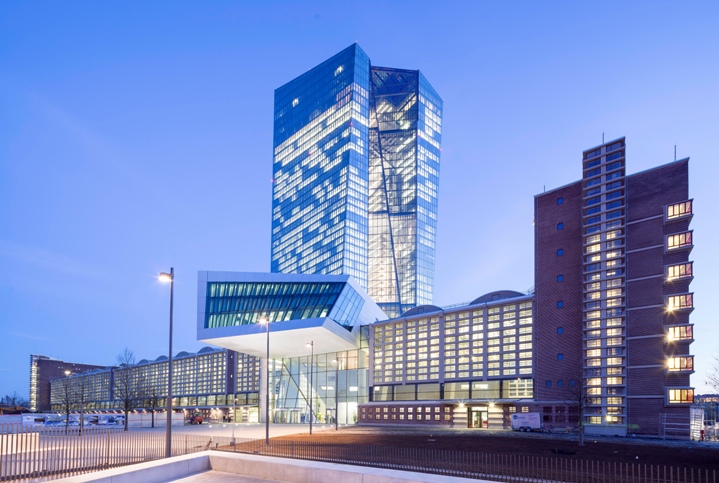