END_OF_DOCUMENT_TOKEN_TO_BE_REPLACED

On Wednesday 29 March 2017, Mr Gaston Reinesch, Governor of the Banque centrale du Luxembourg (BCL), has had the honour of welcoming Her Royal Highness the Grand Duchess at the BCL in the context of the presentations held to pupils of primary education during the European Money Week (“Woch vun de Suen”) from 27 to 31 March. Financial and social education being subjects that HRH the Grand Duchess takes to heart; this initiative takes place in Luxembourg under her patronage. 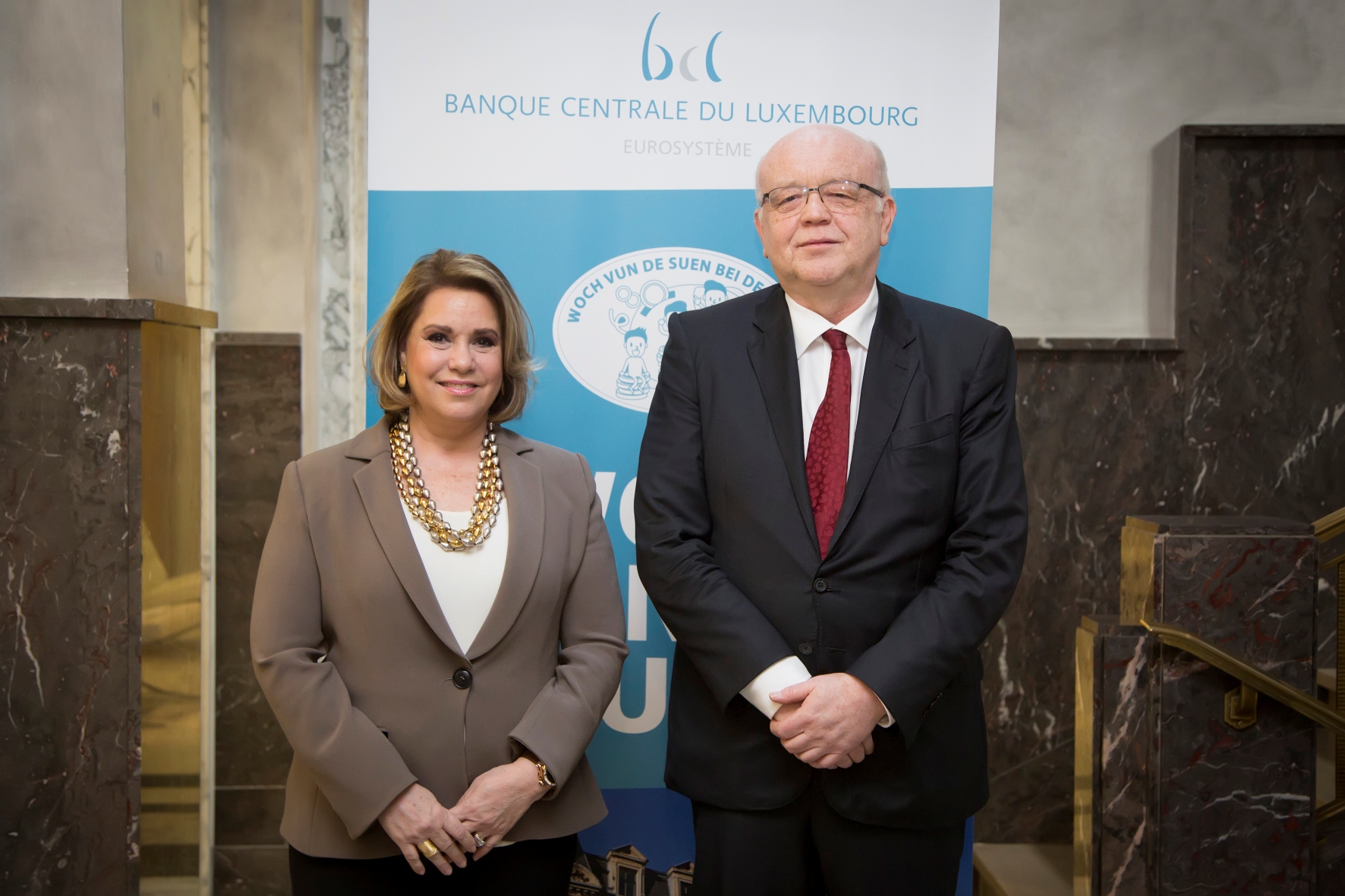 Her Royal Highness the Grand Duchess and Mr Gaston Reinesch, President of the BCL

For the third time, the BCL has decided to take part in an independent manner to the “Woch vun de Suen” by welcoming pupils from several schools of the country. The programme proposed allows pupils from cycle 4.1. (primary education) to familiarise themselves with money, security signs of euro coins and banknotes and the responsible management of a budget. During the 2h30 educational sessions organised throughout the week, the pupils benefit first from playful and interactive presentations including films and games. After theory follows practice with a workshop enabling them, in particular, to check their knowledge about the security signs of euro banknotes.

In his welcoming speech, Mr Reinesch stated that the visit of HRH the Grand Duchess attested of her "commitment to the younger generation, to the young people who represent the future of our country and who will one day shape our society.” 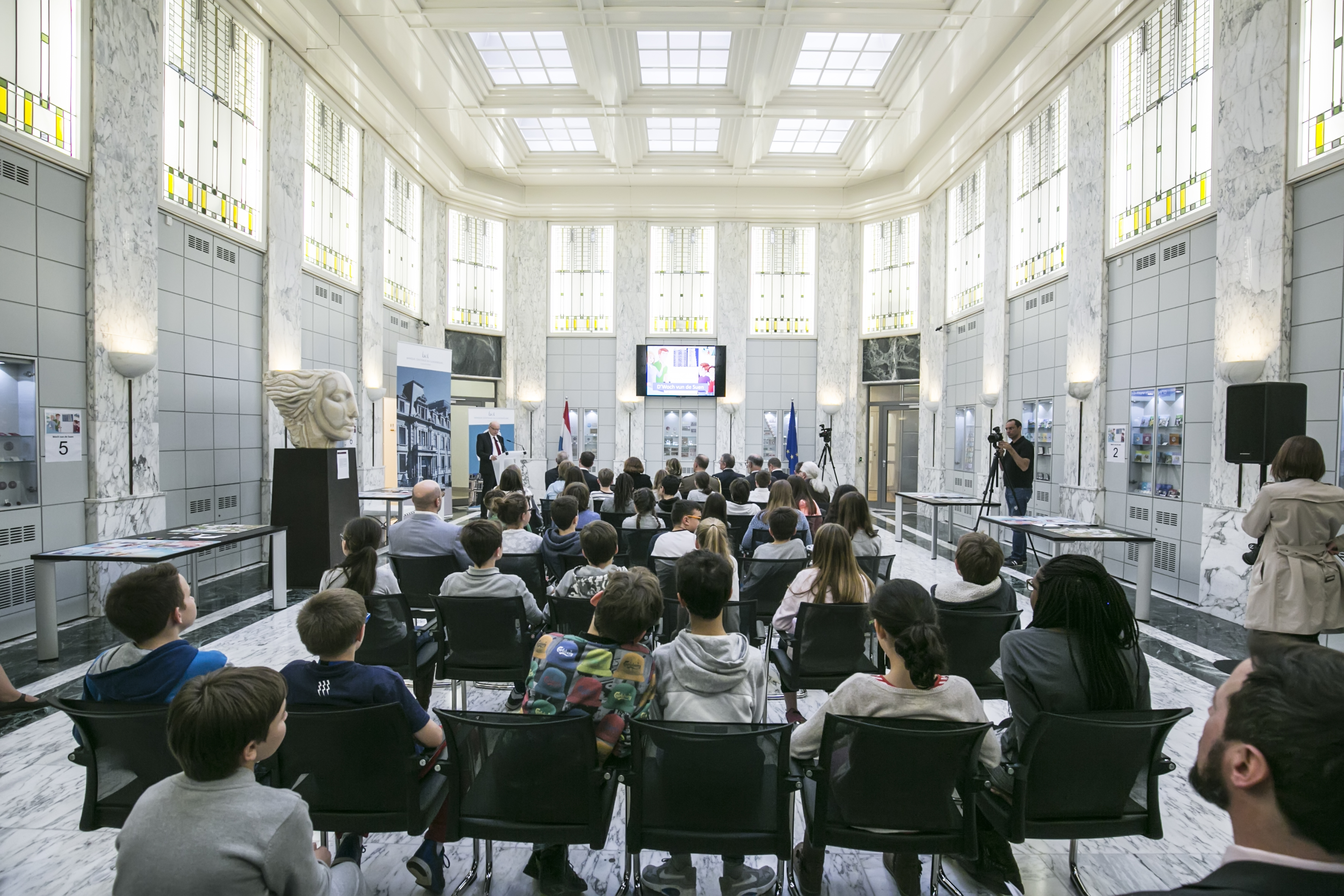 During her visit, HRH the Grand Duchess attended a workshop during which pupils from Lycée Vauban, who visited the BCL on this day, were able to test their knowledge on the security signs of euro banknotes and the management of a responsible budget thanks to a game specially developed by the BCL for this occasion. The Grand Duchess interviewed the students on their perceptions of the game and then interacted with them on issues related to responsible budget management. 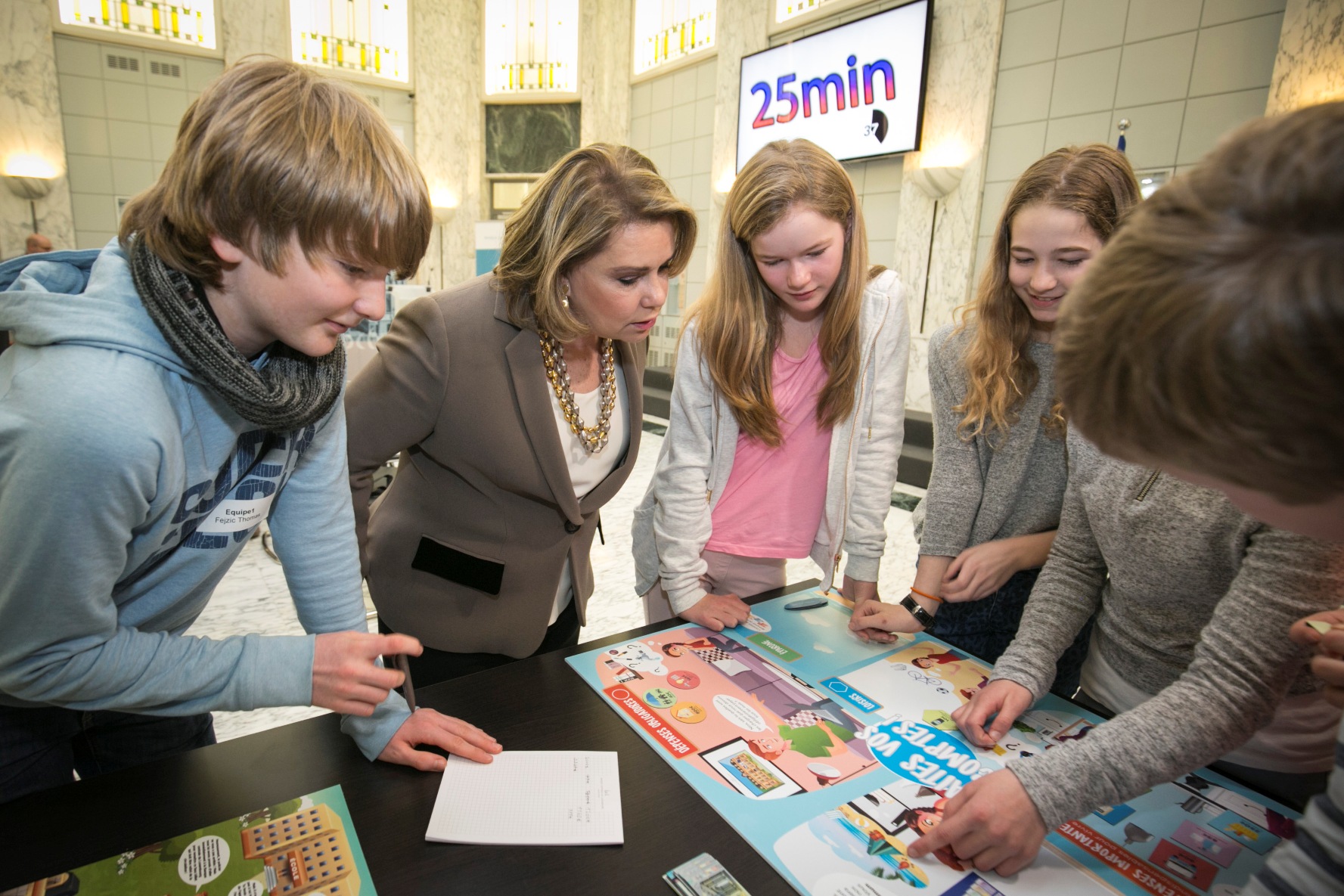 Her Royal Highness the Grand Duchess honored the awards ceremony by handing the gifts personally to the winners of this game. 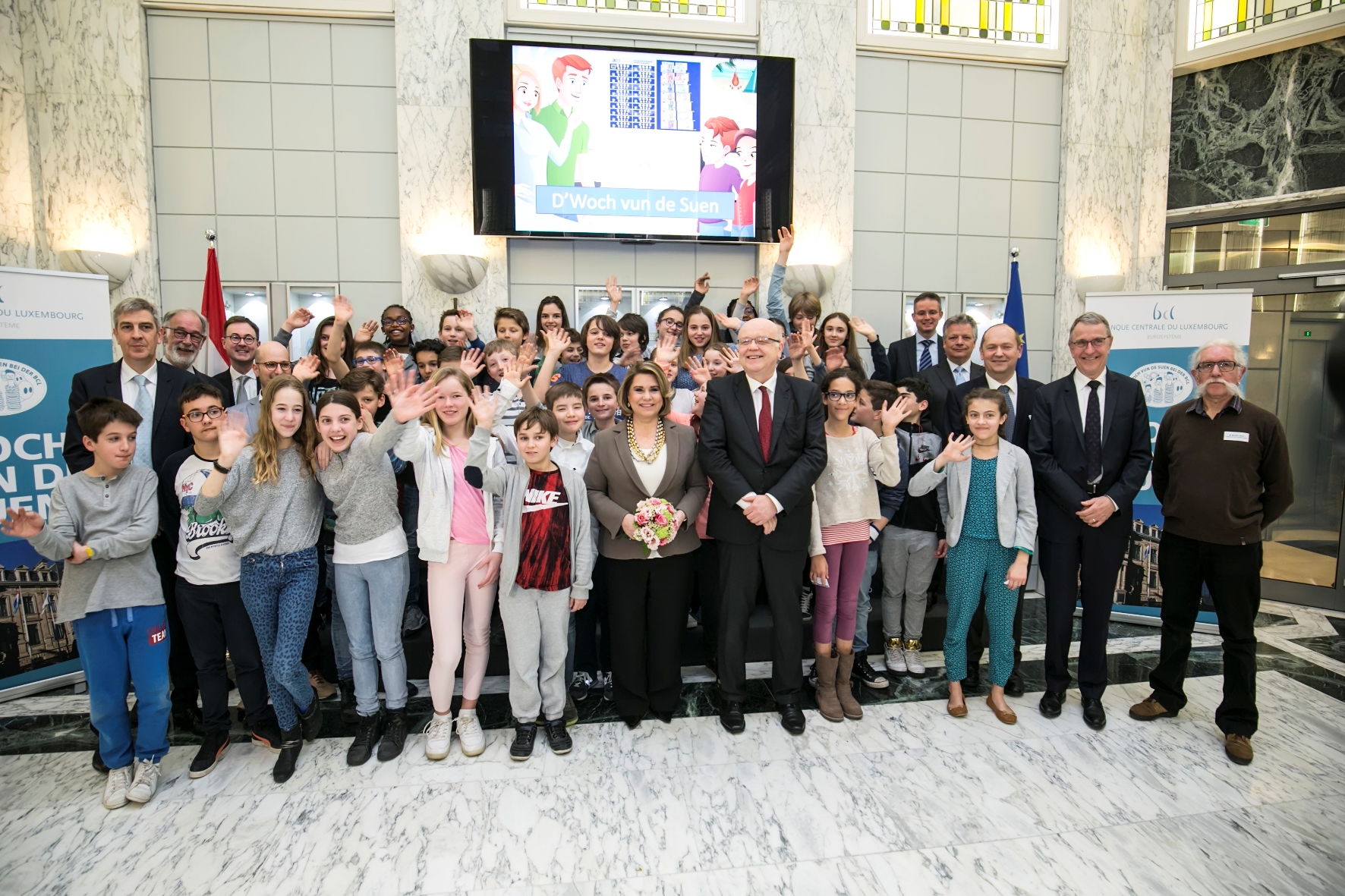 Group photo of all participants