END_OF_DOCUMENT_TOKEN_TO_BE_REPLACED

Two students of Luxembourg's Generation €uro Student's Award winning team, team "Wolfie" from the Athénée de Luxembourg, accompanied by their teacher, were welcomed at the European Central Bank (ECB) on 4-5 April 2017 for the European Award Event, which was also attended by the winning teams of the other participating countries. On this occasion, the team was awarded a certificate signed by the ECB President and handed over by Mr. Mario Draghi, ECB President, and Mr. Gaston Reinesch, BCL Governor. 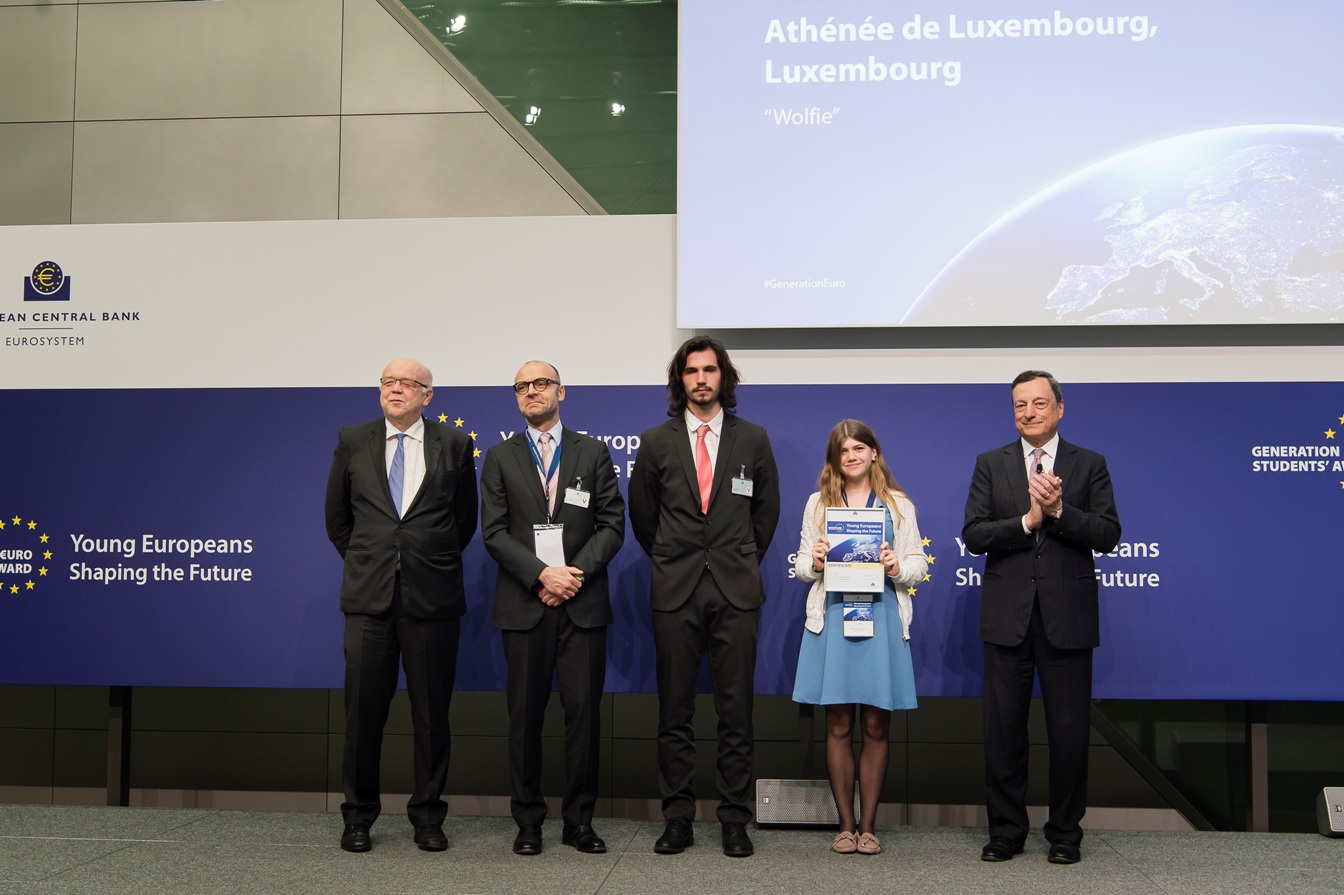 The members of Luxembourg's Generation €uro Students' Award winning team in 2016-2017, team "Wolfie" from the Athénée de Luxembourg. From left to right: Mr. Gaston Reinesch, Mr. Carlo Klein (teacher), Michel Hofmann, Eloïse Dorier, and Mr. Mario Draghi. The two other members of the winning team, Céline Eischen and Felix Estgen, could not attend the event and therefore do not appear on the picture.