END_OF_DOCUMENT_TOKEN_TO_BE_REPLACED

The 2018-2019 edition of the Eurosystem's "Generation €uro Students' Award" school competition was officially launched on Thursday 4 October at an information session held at the previous winners’ high school, the Lycée Hubert Clément in Esch-sur-Alzette.

The competition, which has been organised in around ten euro area countries since 2011, is being launched this year for the sixth time in Luxembourg. Aimed at secondary school students aged 16 to 19, and more particularly, in Luxembourg, at 2nd or 12th year students interested in economics, the competition aims to improve their understanding of the role and functioning of the Eurosystem, including the European Central Bank (ECB) and the national central banks of the euro area. The competition is co-organised by the ECB and the national central banks of the participating countries, namely the BCL in Luxembourg.

For this sixth edition, the competition is also open to the European and international schools of the Grand Duchy. Participation is, for the first time, possible in English, in addition to French.

The competition is played in teams of three to five students supervised by a teacher. Registration to the competition must be made online on the competition website: http://www.generationeuro.eu/ (page "Luxembourg") before the deadline for round 1 on 16 November 2018. The competition consists of three rounds and concludes with a national final for the top three teams, which will be held at the BCL in March or April 2019. In addition, the best team from each participating country will win a two-day stay in Frankfurt to attend a European awards ceremony at the ECB in May 2019. 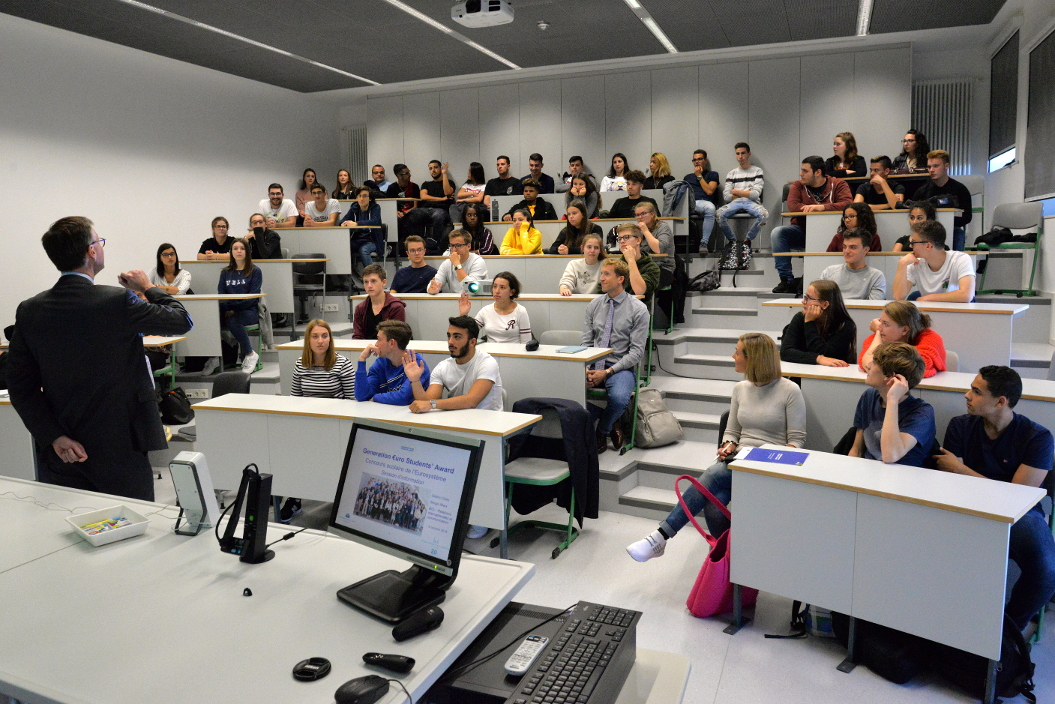