Beyond its active participation in the ESCB/Eurosystem committees, the BCL also participates in the work of several international institutions and maintains sustained contact with several central banks outside the ESCB.

At the European level, the Governor of the BCL, in his capacity as member of the Governing Council, is invited to participate in informal meetings of the ECOFIN Council (meeting of the Finance Ministers and Governors of the central banks of the European Union). In addition, the BCL participates in the meetings of the Economic and Financial Committee (EFC). This committee comprises representatives of EU Treasuries or Finance ministries, EU central banks, the European Commission and the ECB. The EFC follows the economic and financial situation of the Member States as well as EU developments and regularly reports back to the ECOFIN Council. BCL also participates in the Task Force on Central Bank Cooperation, which coordinates technical cooperation activities within the ESCB, operating under the auspices of the International Relations Committee. The task force published a best practice document in December 2017 outlining the rationale behind, and the principles underpinning, the ESCB’s international central bank cooperation activities, as well as examples of the format they take.

At the international level, the BCL participates in the work of the International Monetary Fund (IMF), the Bank for International Settlements (BIS), of which it is a shareholder, and the Organisation for Economic Co-operation and Development (OECD). The BCL became also member of the Central Banks and Supervisors Network for Greening the Financial System (NGFS) in September 2018.

The BCL has signed agreements of bilateral cooperation with several central banks outside the ESCB. These agreements deal with financial cooperation, technical assistance or training. 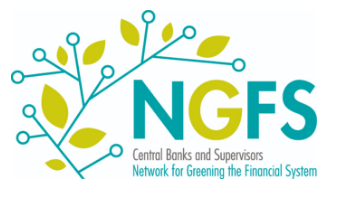