1/ How does the Governing Council take monetary policy decisions?

Blog post by Gaston Reinesch, Governor of the BCL

The Eurosystem, composed of the European Central Bank (ECB) and the national central banks (NCBs) of the EU member countries that have adopted the euro - which thus includes the BCL -, is mandated to maintain price stability in the euro area. The Governing Council, the supreme decision-making body of the ECB takes monetary policy decisions determining what should be done to keep inflation below but close to 2% over the medium term. The Governing Council consists of the 19 Governors of the Eurosystem’s national central banks and the six members of the ECB’s Executive Board. The Executive Board comprises the ECB President, the Vice-President and four other members.

There are various reasons to entrust the task of maintaining price stability to an independent central bank, which is not subject to political and market pressures. However, the counterparts to central bank independence are accountability and transparency. While independence allows a central bank to perform its constitutional mandate, transparency and accountability ensure that it sticks to its mandate, as they allow for the appropriate degree of scrutiny. This pertains to both the analytical framework used for the broad-based assessment of the economy as well as to the formal decision-making process.

In the first years following the introduction of the euro, the Governing Council assessed the monetary policy stance every two weeks, later on once a month. In January 2015, the Governing Council decided that – as a rule – it would henceforth assess the monetary policy stance every six weeks while other meetings would focus on issues related to the other tasks and responsibilities of the ECB and the Eurosystem (e.g. market operations, market infrastructure and payment systems, financial stability, statistics, banknotes, legal advice and banking supervision).

A recent example of such an ad hoc meeting dates back to March 2020, when – confronted with the sanitary crisis spilling over to an economic crisis and creating some financial turbulance – the Governing Council took exceptional measures such as the Pandemic emergency purchase programme (PEPP) which will be subject of an upcoming edition of this blog.

Members of the Governing Council participate in meetings in their personal capacity[1] (ad personam). Hence, they do not represent their country of origin or even their institution. In other words, when taking decisions, the members of the Governing Council do not act as national representatives but in a fully independent capacity. The meetings are typically attended by one accompanying person per Governor as well as a restricted number of ECB staff members.

Decisions on monetary policy must be based on a euro area perspective. In practice, monetary policy decisions are generally supported by a “consensus” among Governing Council members.

Formally speaking, each member of the Governing Council has one vote[2]. 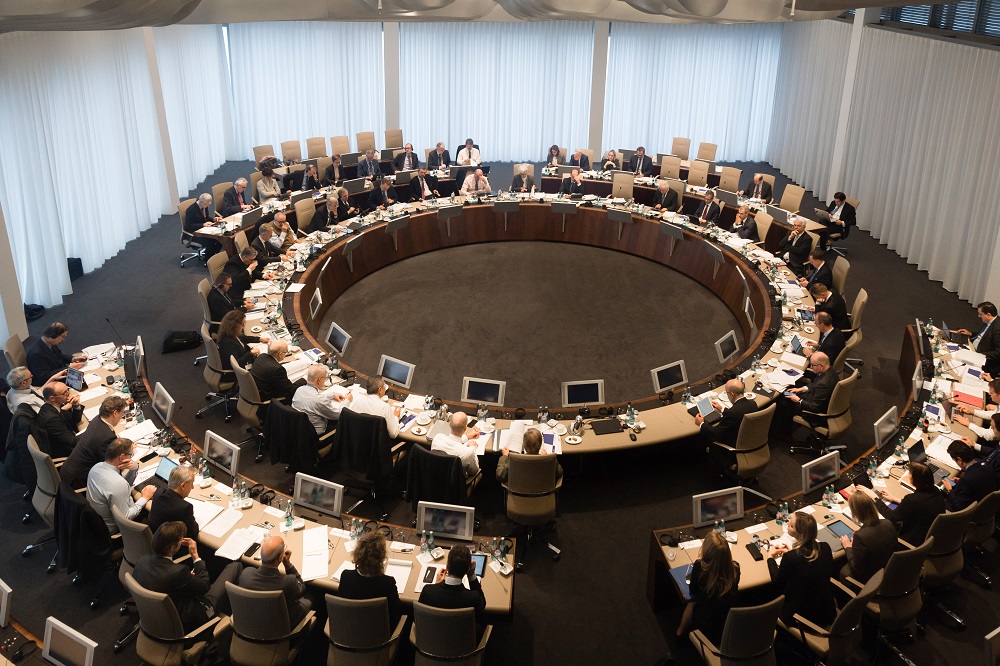 On the first day of regular monetary policy meetings, presentations are given by the two ECB Executive Board members respectively responsible for a) market operations and b) monetary policy and economics, assessing key financial market developments as well as the economic, monetary and financial situation. These presentations are followed by an exchange of views as well as questions related to the introductory presentations. No possible policy proposals are discussed on the first day.

On the second day, the Executive Board member responsible for monetary policy and economics starts the meeting by summarising the broad-based assessment of risks to price stability and by presenting his monetary policy proposals. In their subsequent deliberations, members of the Governing Council provide their views about the economic, monetary and financial situation as assessed by the ECB Chief Economist as well as his policy proposals. All Governors, whether they hold a voting right or not, may present their assessment during the monetary policy deliberations. Towards the end of regular monetary policy meetings, the Governing Council drafts the so-called “Introductory Statement”. 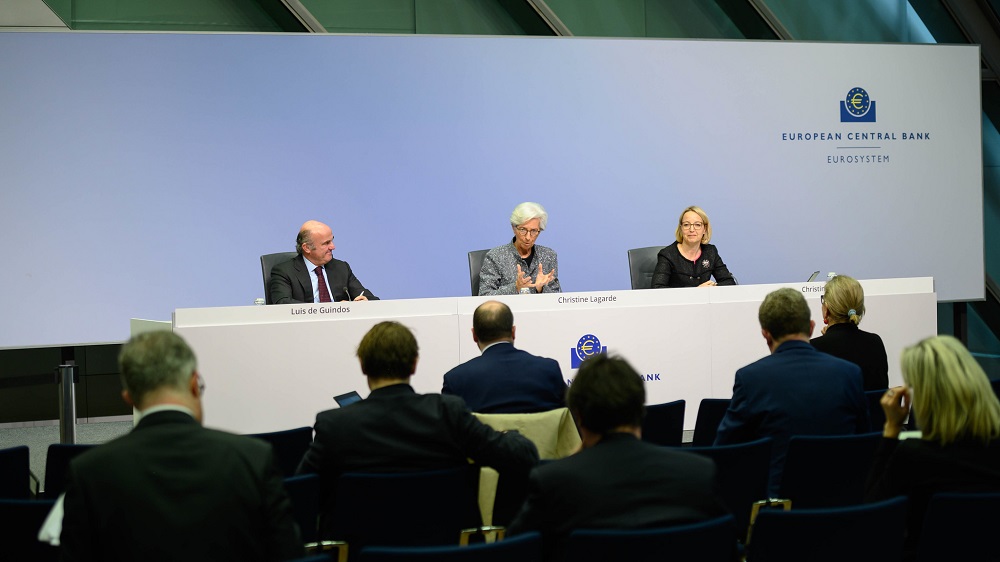 At 14:30 CET, takes place a press conference attended by the President and the Vice-President of the ECB and media representatives of the euro area countries and beyond (watch here). The press conference, which is a hallmark of the ECB’s communication policy, has two parts.

The first part consists in the ECB President reading the Introductory Statement as drafted by the Governing Council.

The second part of that press conference consists in a question and answer session. Unlike the “Introductory Statement”, statements by the ECB President at the question and answers session are not formally agreed by the Governing Council.

[1] A principle also reflected in the alphabetical seating order of members according to surname and the absence of flags. When exercising the tasks and duties conferred upon them by the Treaties and the Statute of the ESCB and of the ECB, neither the ECB nor the national central banks, nor any member of their decision-making bodies, are allowed to seek or take instructions from EU institutions or bodies, from any government of an EU Member State or from any other body.

[2] Article 10.2 of the Statute of the ESCB states that the Governing Council acts by simple majority, with the ECB President having the casting vote in case of a tie. In March 2003, in view of the prospect of further enlargements of the euro area, the European Council approved a rotation system of the voting modalities for Governors in the Governing Council. The rotation system was actually implemented in January 2015, when Lithuania joined the euro area and the number of Governors exceeded 18. In the context of the rotation system, euro area countries are arranged into two groups according to the size of their economies and their financial sectors. Governors from the five largest countries (according to the above criteria) belong to one group and share four voting rights. The 14 other Governors belong to the other group and share 11 voting rights. Luxembourg is in the second group. While the difference in the ratios appears small, the underlying system is such that the difference will become more substantial once additional countries will join the euro area. There will even be the creation of a third group once the number of euro area member countries will have reached or exceeded 22. Luxembourg will remain in the second of the three groups. While the voting rights of national central bank Governors are subject to rotation, members of the ECB Executive Board always maintain their voting right. Also, all governors, whether holding a voting right or not, participate in the deliberations.

[4] Before the official meeting, the Governing Council often delves deeper into matters that are more technical during seminars. Such seminars do not serve as a forum for policy discussions.

[5] Given its nature - it is, word for word, the official pronouncement of the Governing Council's decisions, analysis and stance -, the name "Introductory Statement" does not necessarily do full justice to the document.